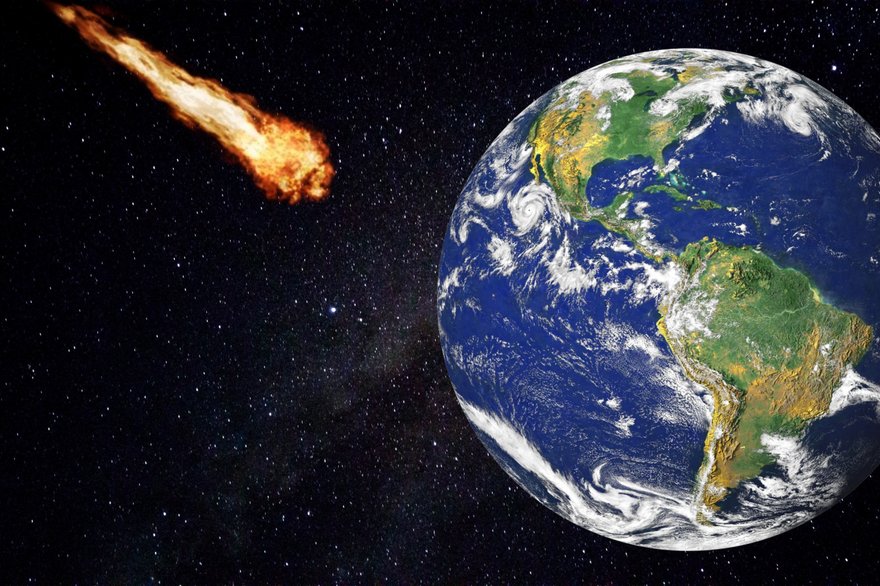 The number of people on Earth has exceeded 8 billion. What happens when all of them are exposed to a collective risk? How should citizens, governments, businesses and organisations respond? Under what conditions could we develop and implement a strategy of coordinated measures to defend ourselves?

This article compares two real-life threat scenarios that triggered a decisive and carefully planned action in one case, and a weak response in the other. The comparison aims to kickstart a discussion on how to respond to the second threat.

Near Earth Objects are asteroids or comets that could hit our planet.

Most objects break up and burn up in the atmosphere when they come into contact with it. Small objects often reach the Earth’s surface and only occasionally does this get into the press. At irregular intervals, however, there have been larger impacts on the surface.

Some errant space objects can be very large. If, or when, these big objects hit the earth, the effect would not be limited to local physical damage. Tidal waves, changes in the temperature of the atmosphere, or the darkening of the sky over long periods of time by dust particles are just some of the effects of large asteroids that can cause incalculable harm worldwide.

The asteroid that 66 million years ago triggered a massive extinction of species worldwide and put an end to the era of the dinosaurs is familiar on an intellectual level to us, but its distance in time makes it feel irrelevant. We may be slightly more familiar with a much smaller object that exploded and caused widespread devastation in Siberia on 30 June 1908 ("The Tunguska event"). Capital market experts use this example to caution that even the most prudent investment strategy can collapse at any time by an unforeseeable event (e.g. the explosion of a comet of the Tunguska scale over a densely populated area).

There have always been NEO events, but the shock was immediate when the NASA Galileo Orbiter and Hubble Space Telescope witnessed the Shoemaker-Levy 9 comet breaking into pieces between 16 and 24 July 1993, destroying vast areas of the neighbouring planet Jupiter with the force of 300 million atomic bombs and heating the atmosphere up to at least 30,000 °C.

Something comparable, possibly the impact of a larger asteroid, could wipe out human civilisation. Even if the statistical probability of an event is extremely low, the magnitude of the damage that may result if it occurs is a sufficient reason to act.#

The observation of a dramatic event on a neighbouring planet was the tailwind for an extensive array of globally coordinated activities:

All this is not to say that we are perfectly safe from NEOs, but our complete helplessness in the face of them is no longer the case.

The damage to our planet, by an initially slow and now accelerating industrialisation processes, industrialised agriculture and particularly power generation, which has led to environmental pollution and the overheating of the atmosphere, has been known for decades. There are still sceptics who question the observations, but they cannot offer any other explanation or remedy for rising sea levels and the increase in weather disasters.

Although the facts are clear, it is obvious that not enough action is being taken to slow down or reverse the collective downward spiral. Concrete consequences of the resolutions adopted by global conferences are difficult to discern and it’s clear that the status quo is neither sufficient nor suitable for overcoming the threat.

Lamentation does not help, moral appeals and dispute about ethical principles do not help, hope without action does not help. Soup thrown on classical paintings probably has the least possible effect. The inertia seems overwhelming. We are moving towards disaster with our eyes wide open.

What’s interesting though, is the chasm of difference between the prevailing lukewarm reaction of governing institutions to global warming and the rational and determined response to the threat posed by Near Earth Objects.

So what are the reasons for the objectively inadequate responses to climate change.

One reason is that while most of the world's countries are or will be affected, many of them do not have the technical and financial means to take effective action. Thus it appears they can only demand financial compensation for environmental damage. But even if such commitments were kept, compensation would not reduce the global threat.

Another reason may be psychological. The thought of a quick and catastrophic disaster (e.g., a giant asteroid hitting our planet) seems more tangible and dramatic than the prospect of gradual deterioration. The tendency to put off unpleasant things and give in to the hope that the worst will not happen is human nature and cannot be changed. Most of the time it pays off, but not here.

What we are learning is that the tendency to procrastinate affects not only individuals but also larger entities such as states, political parties, companies and associations.

Another explanation is offered by behavioural economics under the heading "Prospect Theory and Loss Aversion": There is consistent evidence that the emotional reaction of human beings to a loss is about twice as intense as that to a gain of the same size. So if people believe that a proposed change in their living conditions would make them economically worse off, they will build up strong emotional resistance. Rational arguments can hardly overcome these emotions.

It is fair to point out that the economists’ findings come from the observation of individuals. They do not (yet) cover the case of a collective loss of wealth. Nevertheless, we propose the extension of the "Loss Aversion Theory" as a working hypothesis.

If one combines the above arguments and the hypothesis with the prevailing perception among the population that averting a climate catastrophe will be extremely expensive and will thus entail a loss of prosperity, an explanation emerges as to why governments and companies are treading water: they have not found a way to communicate the necessity of structural change to their citizens and shareholders as in line with their interests.

How to overcome the proclivity to procrastination

Our emotions shift immediately when a shock occurs. This would be the case if, for example, a dramatic flood happened in one part of the world as a result of rising sea levels and a great many people lost their lives.

Perhaps this sort of scenario could happen and lead to systematic mobilisation against climate change. But it would be incredibly cynical to have a mitigation strategy based on waiting for a horror to arise.

The civilised and therefore preferable way is to change the narrative about the expected scenario, and to do so in a strictly realistic and emotionally engaging way at the same time.

What are the goals of science and technology?

The criteria for climate-friendly new technologies in the crucial energy sector can be presented in a nutshell: 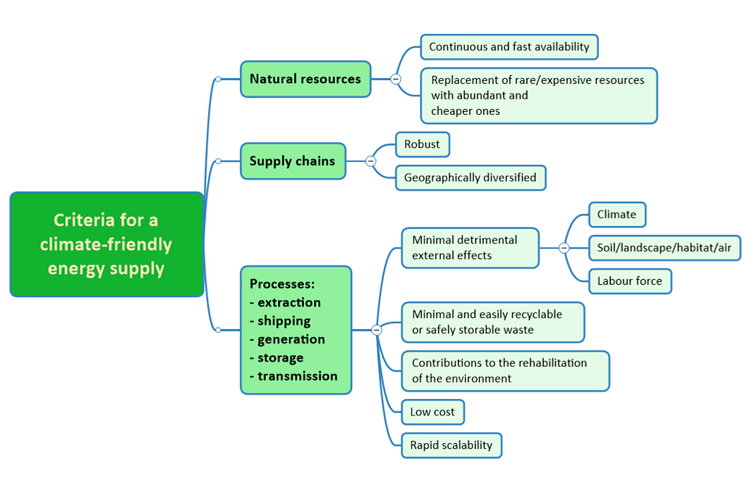 The path that takes a scientific discovery to market maturity and broad distribution is long and inevitably fraught with many obstacles. Worldwide, there is an extremely high level of activity and progress in the area of research and development within the framework described above.

But in many areas, without the public taking much note, technologies have become highly advanced:

Some paths will turn out to be dead ends, new paths will prove their worth. Industrial use cases are becoming more specific and can change. These are normal processes. The overall movement is forward, and fast.

These are just a few pieces of a complex mosaic. But these are already proof that a public narrative oriented towards the completing the picture is viable and capable of replacing a defeatism that disorients citizens. This defeatism can be replaced by an honest presentation of facts and prospects.

The armies that fight against global warming are made up of first-class scientists and engineers. Once they have clear targets, well-funded budgets and minimal distraction from bureaucratic obstacles, they can deliver. They are the most reliable élite we have.

Once the scientists and engineers get the support and respect they deserve, we will move out of the fog.

There is no reason to worry about our industry. In a market economy, change is the recipe for growth and prosperity and useful new technologies are its catalysts.

“If you’re going through hell, keep going.” (Who said that?)