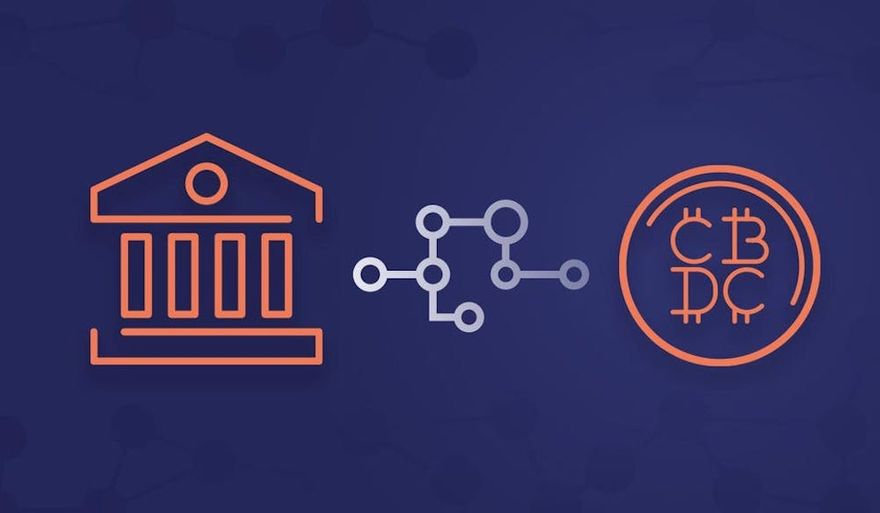 Presently more than 80 central banks are considering the introduction of CBDC systems. The plan is to maintain legal tender cash accounts directly with a central bank for all types of customers, on a credit basis that will possibly be interest-bearing, through which the account holders can receive or dispose of funds. In this system, deposits will be liabilities of the central bank. The balance on a CBDC account is intended to be an equivalent to cash, not a substitute for it. Use of the account is to be free of charge and overdrafts will not be possible. The technology needed for the use of such accounts will be the same used for accounts at commercial banks.

Why are central banks working on CBDC?

Fresh electronic payment technologies, as well as competition and innovation from fintech start-ups have significantly improved payment systems and brought down costs in recent years. So it is quite surprising that central banks are planning to move into an area which is the home turf of the regulated commercial players.

This article relies mainly on the arguments made public by two central banks working on CBDC. These are the European Central Bank and the Bank of England which has issued a Discussion Paper.

Both institutions’ interim conclusions are complementary and tend to favour the project.

The US Federal Reserve has a sharper focus on the monetary policy and technical implications and raises questions about CBDCs’ impact on the private sector.

So what arguments do the advocating central banks put forward?

“Citizens' payment habits are changing, the share of cash payments is decreasing and preferences are shifting towards electronic payments”

While this statement is true, financial service providers do not appear to have a bottleneck in serving demand. So then, why the need for change?

It is correct that commercial banks can lose the ability to repay deposits. However, there are usually state-regulated deposit insurance systems that cover the risk of bank failure. Furthermore, it is not historically accurate that central banks cannot go bankrupt. In fact, central banks are not infallible. They are run by human beings who can misjudge threats and make wrong decisions with fatal consequences. If then, a recapitalisation by the nation state is not politically possible for whatever reason, the bulwark cannot remain stable.

“Central banks should offer solutions for the unbanked or underbanked population”

In every country there are legal regulations for the opening of accounts, the core of which is the clear identification of the account holder (“KYC”). Since a central bank has no human and technical resources for these processes, it would be compelled to outsource them to commercial banks. Thus there is no plausible argument to be made that a CBDC account would lower the barriers against opening accounts.

The use of bank accounts is as safe and simple as the available technologies and government regulations allow. If a competitor finds simpler solutions, other institutions will follow. It is desirable for a central bank to bring further improvements to the market, but is that likely, given that public sector institutions often have little incentive to improve the users’ experience?

The seamless integration of a new means of payment into the existing infrastructure of accounts and ATMs is a prerequisite for acceptance and so this practical requirement cannot come as a surprise. This, then, would not give CBDC accounts a competitive edge, as they would not be unique in this function.

According to the ECB, the availability of CBDC accounts would reduce the likelihood of bank runs at commercial banks because depositors would see the account at the central bank as a fallback option. However, examples from the 1930s, a time without deposit systems, are cited as supporting evidence. Furthermore, why would a central bank account be safer than a commercial bank account with the benefit of a deposit insurance scheme?

The amount of deposits per account will need to be limited because a central bank must not cannibalise commercial banks. The latter need deposits to maintain their businesses. Even though a much higher inflow may not be likely for the previously unbanked or underbanked, it would be perceived as a restriction to be denied the possibility of a higher balance. Nobody likes the idea of being curtailed.

Payment service providers are required to maintain significant technical and human resources to detect and immediately report any suspicious or illicit flow of funds to the authorities. A large number of smaller transfers, for example, can be an indication of money laundering.

If a central bank's system were abused for money laundering purposes, for example, and for some reason the central bank did not react promptly and vigorously, the reputational damage would be very painful.

If the movements on CBDC accounts were not very closely monitored and analysed, their improper use would not just be a possibility, but a certainty. Therefore, robust resources would need to be deployed that are at least equivalent to those of very conscientious private institutions.

Since CBDC account providers would be obliged to devote expensive resources to monitoring payments in line with the law, they could only compete in the market with a free service if they subsidised their account management out of their own deep pockets. This would result in a distortion of competition between the public and the private sector.

At least one central bank sees CBDC as a means to fend off cryptocurrencies.

While it has its supporters, there is no technical reason why blockchain technology must be used for CBDC accounts. Some blockchain solutions may seem attractive because of their reliability, but they do not yet offer the speed that would be necessary.

The Chinese approach is different and consistent

The People’s Bank of China is promoting the goal of a cashless society. In this respect it is the most advanced central bank in the world and has been conducting pilot projects to perfect its “e-CNY” system with the goal of processing 300,000 transactions per second. The “e-CNY" is set to compete with the existing and very efficient private systems AliPay and TenPay in which a central ledger allows the operator to monitor exactly who has made which payment to whom and users are easily identified by their telephone numbers.

As it cannot control them, the country is striving to keep cryptocurrencies out of its territory as well as aiming to keep big tech from dominating the market. Thus CBDC is being offered as an attractive alternative.

This article does not outright concur with nor reject the Chinese goals and strategies. Nevertheless, it is clear that the Chinese strategy is consistently oriented towards defined goals.

The European Central Bank and the Bank of England would not endorse Chinese goals. From the arguments made known, however, convincing motives for supporting their own CBDC projects cannot be clearly discerned. However, it cannot be ruled out that the European institutions are working towards goals that have not yet been disclosed. There is no point in making conjectures about this.

If, however, the powerful CBDC "Project Hamilton" system developed by the MIT and the Federal Reserve Bank of Boston were adapted to the needs of the private sector, there could be prospects for substantial qualitative progress. Something valuable can certainly be derived even from a project that is still covered in fog.

A recent statement by Fabio Panetta, Member of the Executive Board of the ECB, at the Committee on Economic and Monetary Affairs of the European Parliament, suggests that for the European Central Bank, the containment of the whole cryptocurrency market is the main motivation for the creation of CBDC:

"And if we don’t act, we will also see increasing confusion about digital money. Crypto-assets are a case in point.[ 10 ] Unbacked crypto-assets, for example, cannot perform the functions of money. They are neither stable nor scalable. Transactions are slow and costly. And, in some forms, they pose a danger to the environment and to other societal objectives. Stablecoins, meanwhile, are vulnerable to runs, as we have recently seen with algorithmic stablecoins. In this context, it is vital that any remaining regulatory gaps in the crypto-asset ecosystem are closed."

A new BIS statement dated 21 June 2022 clearly indicates that the institution classifies "crypto" as dysfunctional and disturbing. Clearly this is what a gauntlet looks like.