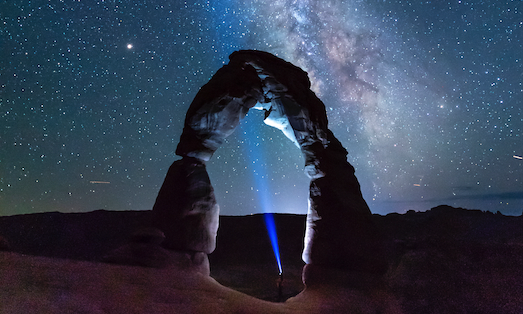 Sometime in the late 18th century, Georg Christoph Lichtenberg jotted down a question in one of his many notebooks, which remain a valuable and often amusing source of inspiration to this day:

"If man, after he had lived to be 100, could be turned over again, like an hourglass, and so grow younger again, always with the ordinary danger of dying; what would the world be like?"

Now, more than 200 years later, it dawns on us that his question was not absurd.

The Fountain of Youth was a legend, now it seems to come closer to reality.

Serious scientific research is directed towards interventions in the human organism that are intended to significantly prolong human life. Concepts such as "eternal life" or "infinity" are more easily coming into play. This may be understood as an invitation to metaphysical reflection, but that is not the goal here.

A recent article describes the disappointment of a lady who, many years before, had the benefit of "Fountain Therapy" to arrest her age. On the occasion of the upcoming video exchange with her 1,562 descendants to celebrate her 400th birthday, she has planned to end her life. And on this day she learns that she cannot currently get an appointment for taking that officially authorised “cocktail” which is the only way to stop the effect of the "therapy" and allow her to pass away.

A few distinctions for clarification

When it comes to ageing therapies, we can distinguish between five cases:

1. Alleviation of the symptoms that burden the last years of life.

2. Bringing the ageing process to a halt.

3. Reversal of the ageing process.

4. The immortalisation of only the human brain, outside the body and with electronic means.

5. The creation of a purely virtual existence.

The aforementioned 400-year-old lady belongs to category 2. Lichtenberg had category 3 in mind. We will leave category 1 out of consideration because it is not critical, and also category 5, which is not on the agenda here.

The life expectancies that nature determines for living organisms are highly variable. When making comparisons, we can only marvel. Here are a few examples:

• While the mayfly “Dolania americana” has a lifespan of only 5 minutes,

• large colonies of the black coral Leiopathes glaberrima have been estimated to be over 2000 years old,

• a conifer Fitzroya cupressoides or “gran abuelo” , recently discovered in Chile, is about 5400 years old,

• the jellyfish Turritopsis dohrnii is deemed ‘immortal’, for it regenerates after its death.

The progress of civilisations is largely due to the study of nature by scientists and the application of the knowledge gained from this research.. Humankind’s goal is thus to harness the laws of nature for their own practical advantages. Once one law is overcome, a new target is set. In developing the art of flight, for instance, Otto Lilienthal and the Wright brothers closely studied, challenged and ultimately used the physical laws of gravity. Today the aircraft industry is thriving.

Since scientists know that the life expectancy of every living being is biologically determined and extremely diverse, it is suggestive that they also look for possibilities to overcome that limitation. This this goes well beyond simply improving the chances of a longer and happier life, for example, through a healthy lifestyle.

The ambitious wider objective is to intervene in the hitherto unalterable "coding" of organic life. New research focuses on the understanding of the molecular and cellular processes that steer ageing and ultimately the recreation of youthful DNA in ageing people.

As a working hypothesis, scientists have started considering ageing as a curable illness. There has been a successful trial to restore the vision of ageing short-sighted mice to a youthful state. If this approach proves to be sound and extendible to other parts of the body, humanity will come closer to the old dream of the fountain of youth.

Which methodology will ultimately achieve the best results is an open question. However, we can now expect that in the foreseeable future researchers will manage to stop or even reverse ageing processes. The determination of the researchers and their financial backers strengthens the chances of success.

We know from experience that completed scientific developments with desirable goals will not usually end up on the shelf. Therefore, it makes sense to think about the implications now:

• Demography: The world's habitable areas are limited and are struggling to feed a population that is growing beyond 8 billion people. In the age pyramid, the proportion of old and no longer productive people is increasing. A general life extension would exacerbate the existing challenges. This would result in an additional economic burden on the productive younger generations.

• Social justice: Measures to prolong life will carry a price tag. This means that as long as the medical intervention is expensive, wealthier people are more likely to be able to afford it. Conflicts with the principle of equality are likely. Richer nations will find it easier to provide such medical resources to their citizens.

• Balance of mindsets, young and old: It is certain that a society in which the percentage of older people increases will tend towards more conservatism and less support of innovation. This will slow down technical progress and affect economic strength.

• Human nature: If it is possible to stop or even reverse physical ageing, this does not mean that it is also possible with mental processes. The prolonged exposure to technical or cultural changes in living conditions and the development of the mentality of younger generations puts pressure on ageing people even if they are willing to adapt. Such pressure affects the enjoyment of life.

• The commercial perspective: The prospect of artificially prolonging life is attracting prominent investors, and the term "extension industry" is in the air. Thus, medical advances may not be propelled by the principle of humanism, but by the attraction of a lucrative business. If life extension is viewed as a commercially viable service, the classic concepts of supply and demand come into play. It is not enough to assume that the market will determine a price for each year of life extension. Beyond that, the demand function will at some point lead to a maximum price and then fall again. This will answer the question of the desired length of life extension or reversal.

• Douglas Adams: One may find the Hitchhiker’s Guide to the Galaxy funny, but there is also a lot of wisdom hidden in it:

“Infinity itself looks flat and uninteresting. Looking up into the night sky is looking into infinity – distance is incomprehensible and therefore meaningless.”

There are no compelling arguments that can be used to answer the question of whether the introduction of more or less powerful fountains of youth would be reasonable. But on reflection, perhaps a feeling creeps over you that Douglas Adams called "the long dark teatime of the soul".