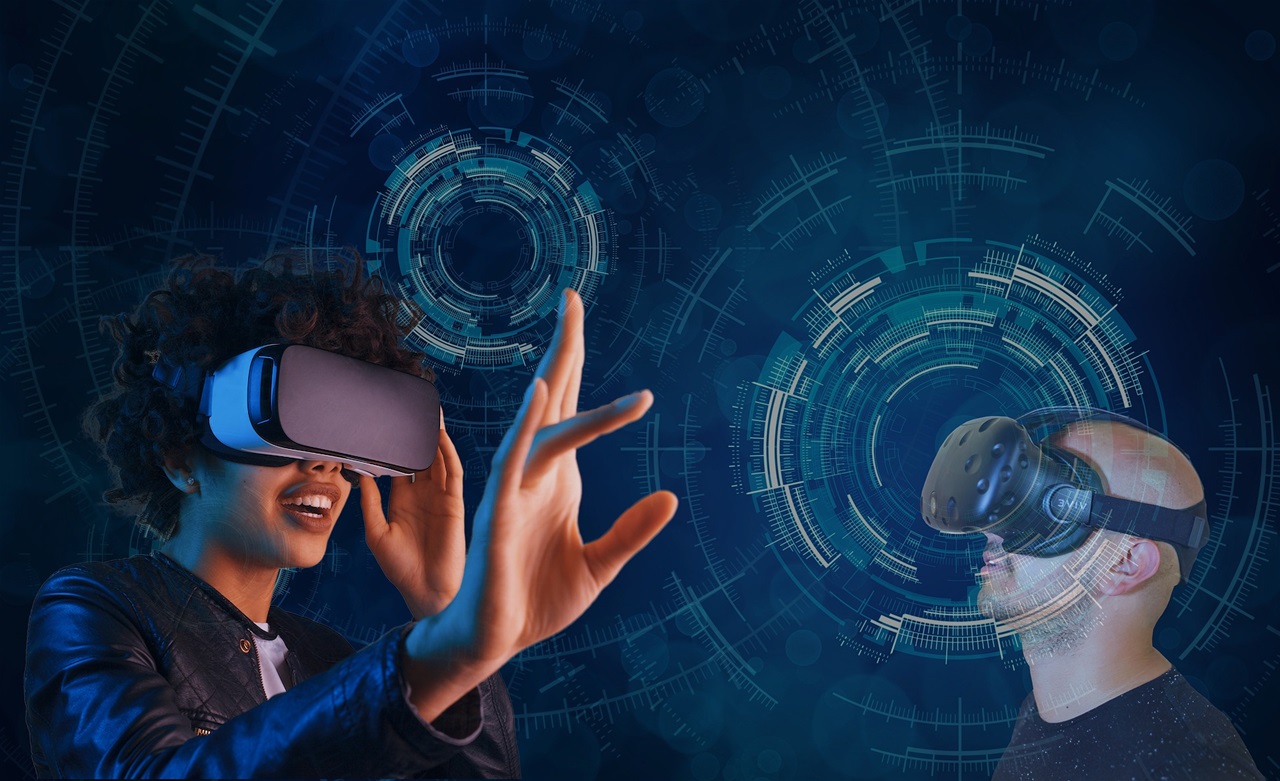 What is the metaverse?

The metaverse is not just an extension of the digital environment we have become accustomed to in recent years in work, shopping, socialising and leisure. Entering the metaverse goes beyond the common digital experience and adds spatial and tactile perception and communication via 3D headsets and special gloves. Simplified yet tailored representations of ourselves (avatars) are intended to create an identity that supplements our physical one. The metaverse is therefore a powerful virtual and augmented reality layered on top of the real world.

The project has become known through one company, but actually it involves many. The capital market is wide awake and has taken up the metaverse as an investment theme.

Which practical benefit is the metaverse supposed to create?

The rationale of the necessity of the metaverse has remained rather nebulous, perhaps because of the emotive nature of the topic.

The widespread view that there is a lot of money to be reaped from the metaverse arouses strong feelings, but this in itself is not proof of the practical benefits that which can be considered evidence of economic value..

Does the enhanced experience of virtual reality give us advantages in real physical world?

Looking at an equally eye-opening initiative that dates back 200 years could help us to better understand the metaverse and the questions it raises.

The Black River of Honduras

The metaverse project bears a striking resemblance to an initiative by a very persuasive Scotsman named Gregor MacGregor. In October 1822, he began to spread the word about an amazing investment opportunity in a wonderful land the size of Wales called "Poyais", located on the “Black River of Honduras”. Not only was it his goal to attract investor capital for this apparently bountiful colony, he was also looking for capable settlers to develop a seemingly ideal stretch of land.

Travelling through London, Edinburgh, Glasgow and then across the Channel to France, MacGregor managed to raise a staggering £1.3 million, the equivalent of about £3.6 billion in today’s money.

However, after a two-month crossing of the Atlantic, the first 250 settlers were surprised to find a wasteland that had nothing in common with the images of paradise that had been implanted and grown in their minds. Poyais did not exist. Most of the settlers lost their lives.

Both initiatives, the metaverse and Poyais, sail on the tailwind of existing powerful belief systems: in the case of Poyais, this was the belief that emigration to new world colonies would be a liberation from poverty and feudal or state coercion.

The metaverse approach is more sophisticated. It ties in very cleverly with today's prevailing belief in salvation through technology for everyone. The metaverse also harnesses the human longing for ongoing communicative exchange with other people. The art of serving this need has been honed in recent years, and metaverse is the terrain for perfecting it.

Chatter on social media and broadcasting your avatars are triggers for the release of dopamine, a main neurotransmitter responsible for the reward function of the brain, and possibly oxytocin which awakes feelings of attachment. Even though the relationship between the two neural systems in the social networks space have not yet been thoroughly examined, a comparison with the impact of narcotic drugs is not unfair.

While the interaction of belief systems with emotional building blocks is a natural part of human society, there is a danger that this can be used to paralyse the inherently human reflex to think more deeply before getting actively involved. In other words, the urge to be a part of the metaverse may dull that part of the brain that advises us to look before we leap.

The methods of drawing people into a sweet whirlpool of emotions through orchestrated emotive impulses are well known, especially in the field of modern marketing.

The processes generated and continuously perfected by learning machines will allow this wedge to be driven deeper and deeper into people's emotional spheres.

The following chart demonstrates the far-reaching congruence of Poyais and the metaverse. Although the final comparison, relating to their longevity, hints that the metaverse will have much more permanence than the Poyais scheme.

The Poyais scam was bound to fail simply because the settlers were never going to find the place that matched their expectations.

Learning machines Learning machines, however, have started changing the rules of many games. These are very good at capturing an infinite number of variables simultaneously, and how they work, how they interact and how they can be used, individually or together, to achieve desired changes. They are proving their worth in pharmacological research, for example. The rapid and deep understanding of active substances makes it possible to develop medicines ever more quickly.

The metaverse is the term for the same process in an entirely different context. The object, however, is the human mind. Here, too, the machines that create the metaverse are increasingly quick to recognise patterns and processes. Their principal gateway is human emotions.

The metaverse will move pleasantly into minds and will incrementally shape the pathways of feelings, expectations and of thinking processes. The user of the metaverse, rewired in this way and reflecting on its use, will be influenced by newly learned and felt signals. Human emotional and cognitive impulses and criteria will increasingly come from the sphere of the machines, not from the human mind. The shrinking of the sphere for autonomous thinking will hardly be noticeable to the individual because, on the contrary, (s)he will experience a gratifying expansion of the personal emotional space, reinforced by similar echoes from other users. Over the years the evaluative standards of machines and users will converge.

The ethical question mark that arises here cannot be overlooked.

It is not possible today to predict whether civil society will at some point decide to intervene — and develop and apply appropriate instruments to do so. This is unchartered territory.

It is certain, however, that the genie has left the bottle. It will not be persuaded to return.